What's everyone making for Easter?
I convinced my family not to have a pizza party (seriously) but I need idea for what to make, now.
It doesn't have to be traditional, just yummy!

This is probably the best tasting bread that ever existed, ever. I could eat the whole thing right now. Omg. IT'S SO GOOD! I've been super disappointed with all the gluten-free breads I've bought - some are just "ok", others are downright bad. But this is AMAZING. 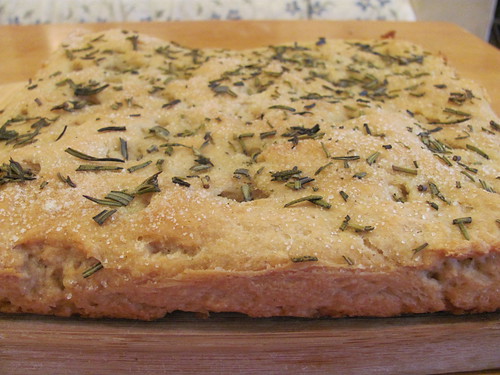 ( Collapse )
Hey everyone, a quick question on caramelizing onions, or rather dealing with the aftermath. While I think it makes the house smell amazing it does have a tendency to kind of stick to things like clothing and roommates. Actually, much to my chagrin, coming back into the house hours later the wonderful aroma becomes a bit stale. Solutions? I usually simmer some cinnamon and orange zest for an hour or so but I'm curious to know if there are other tricks (aside from candles or incense) that people use. Thanks!


P.S. I'm caramelizing two large onions at a time usually to make Lebanese mjudara when it winds up being a problem. If I'm making tomato sauce or something like that it isn't an issue.

My best friend/roommate's mom is having a hysterectomy this week and I want to cook her a bunch of food that will be easy to heat up and eat. I know that recovering from surgery and being on pain killers means that certain foods make it a bit tougher on the body but I'm a little lost on what foods would be better and which foods I should avoid. I would love some suggestions. She's open to any and all foods and has no food allergies. Help?

So I absolutely love this recipe from vegweb. I do have one little problem with it, though. The first time I made it I used regular Rice Krispies (the one with Snap, Crackle and Pop) and they came out absolutely amazing. The second time, though, I realized that the Rice Krispies weren't vegan. So I switched to one of those healthy kinds and the treats tasted like brown rice syrup. Is there something else I should change? Some more sugar or vanilla or less brown rice syrup? My mom found this really cute mold for making rice krispie shaped easter eggs since she likes my rice krispie treats, but I want them to taste less syrupy!

Thanks for all the help!