I made dumplings! I have been missing these delightful little parcels of tastiness since finding out I am wheat intolerant, I used to regularly make a vegetarian version with the store bought gow gee wrappers. So I did a quick google search and then based on a few different recipes I saw and what I had in my pantry I invented my own gluten free (& vegan) pastry recipe :) 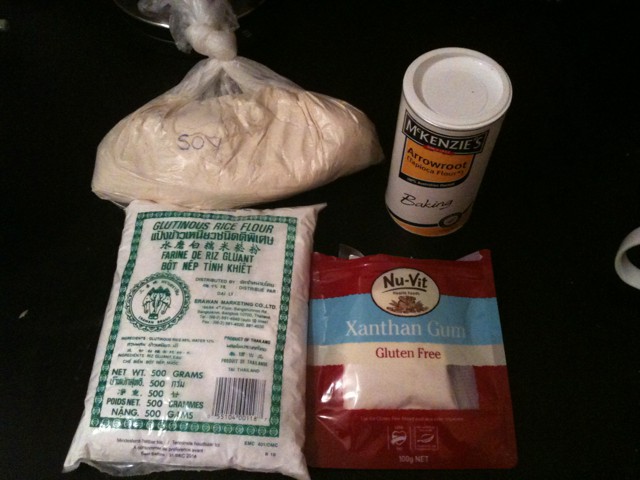 After mixing in to a dough (I think I added 1 or 2 tsp of extra water, just from the tap) I formed a ball and left in the fridge overnight. Leaving overnight was because I didn't have time to finish making them, but most of the recipes I looked at online rest the dough in the fridge for at least half an hour. It wasn't the smoothest dough, I could have kneaded it more perhaps but I have arthritis and my half-arsed kneading did the job fine ;) 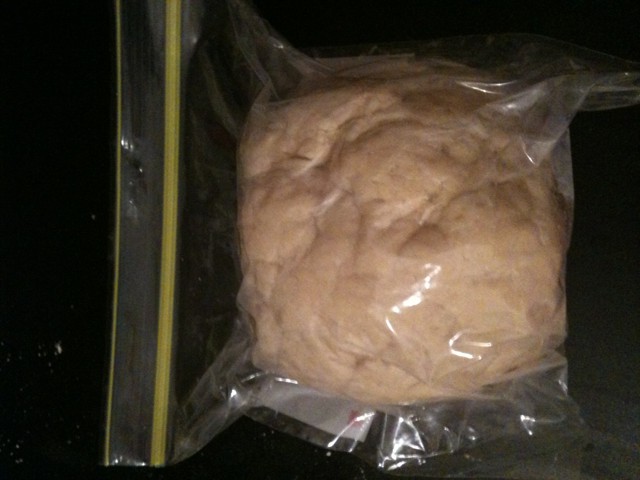 The next day I broke the dough up in to roughly 18 pieces and rolled them out on a heavily floured board. Bit of a sticky dough so I needed lots of flour for the rolling pin & board. I used cornflour to dust (corn flour made from corn, not regular cornflour which is usually made of wheat!). My pastries were roughly round but very far from perfect circles!! I tried to get them reasonably thin.

For the filling:
One brown onion finely diced
Two carrots, grated
Handful broccoli (I used frozen), finely diced
Decent whack of fresh ginger, finely grated
120g spinach (I used frozen)
Half a pack of tempeh, finely diced (make sure it's gluten free)
2 tablespoons minced garlic
Dried parsley, chilli, & smoked paprika to taste
1 tbsp lime juice
1 tbsp BBQ sauce (make sure it's gluten free)
1 cup vegetable broth/stock
(if I had chives & spring onion I would have replaced the parsley with chives & the brown onion with spring, I was just using what I had on hand) 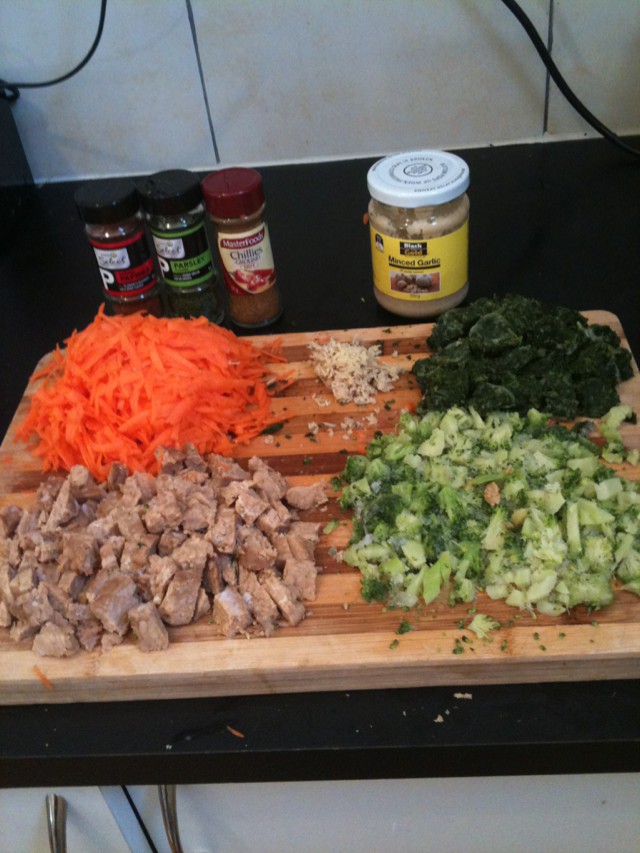 To start I cooked the onion in the veg stock until it was tender. 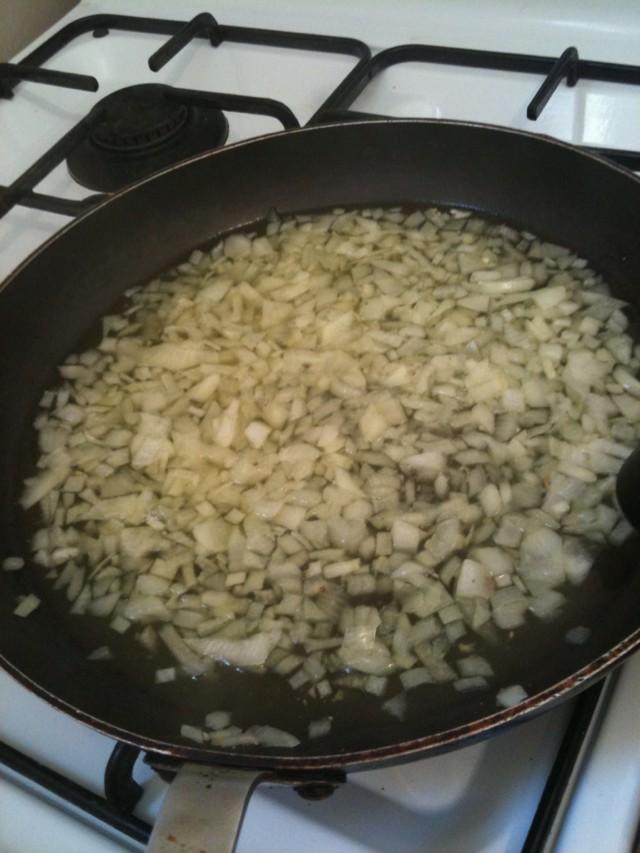 Then I added the garlic, paprika, chilli & parsley and cooked for about six-eight minutes. 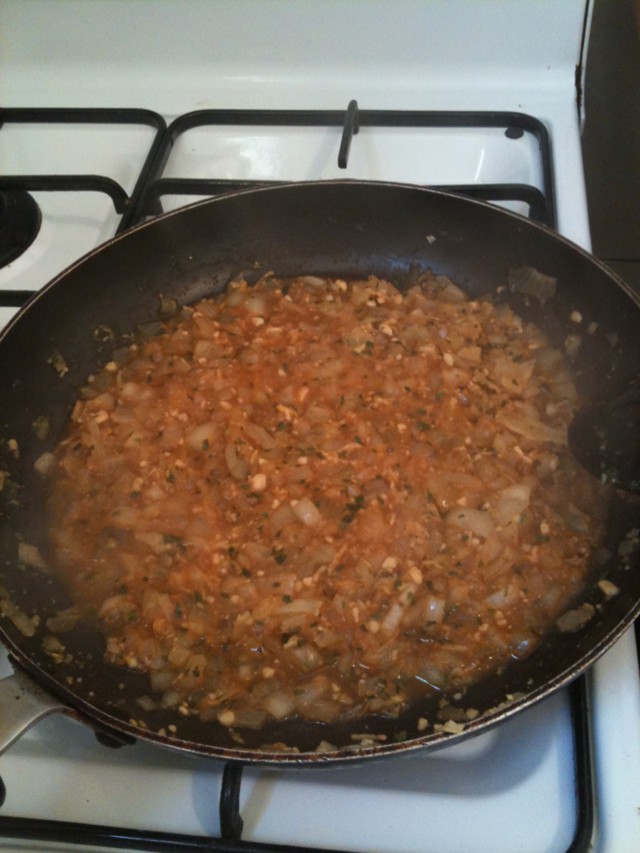 Then I added the veg & tempeh along with a splash of water (so it wouldn't burn or stick to the pan, I do this instead of cooking with oil).
The tempeh looked disturbingly like pork mince lol! After cooking for about ten minutes I added the lime juice and BBQ sauce (BBQ sauce not strictly necessary, I've just been adding it to everything lately! Gives a sweet smoky kick that I enjoy). Cooked for a further ten minutes until most liquid evaporated and the veg were all tender. Then I took it off the heat and left to cool. 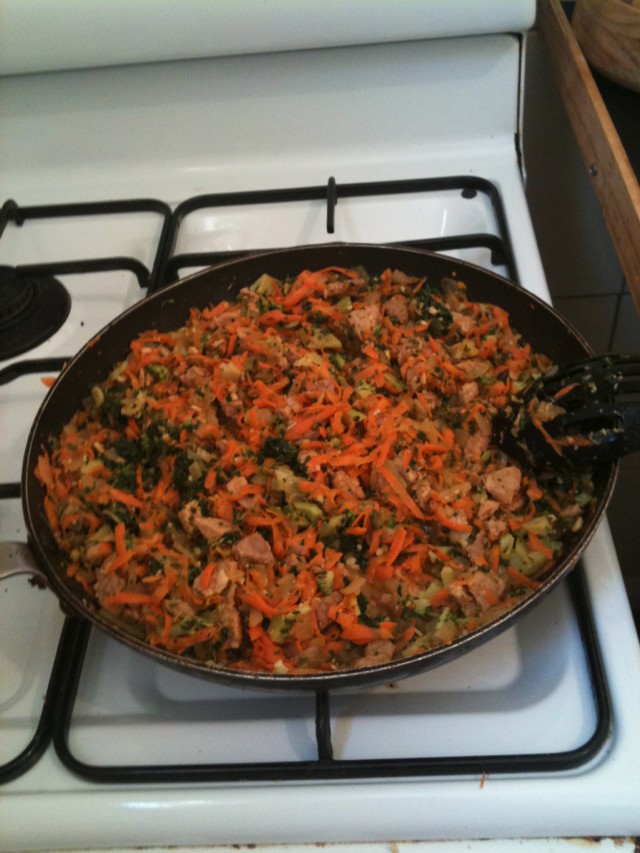 When the mix was cooled I took each wrapper, filled with a blop of the filling, wet around the edges and did my best attempt at a dumpling. I won't give advice on how to fold them because as you can see mine are a little..."rustic", lol! It doesn't matter if they aren't perfect they just need to be sealed with no filling spilling out :) 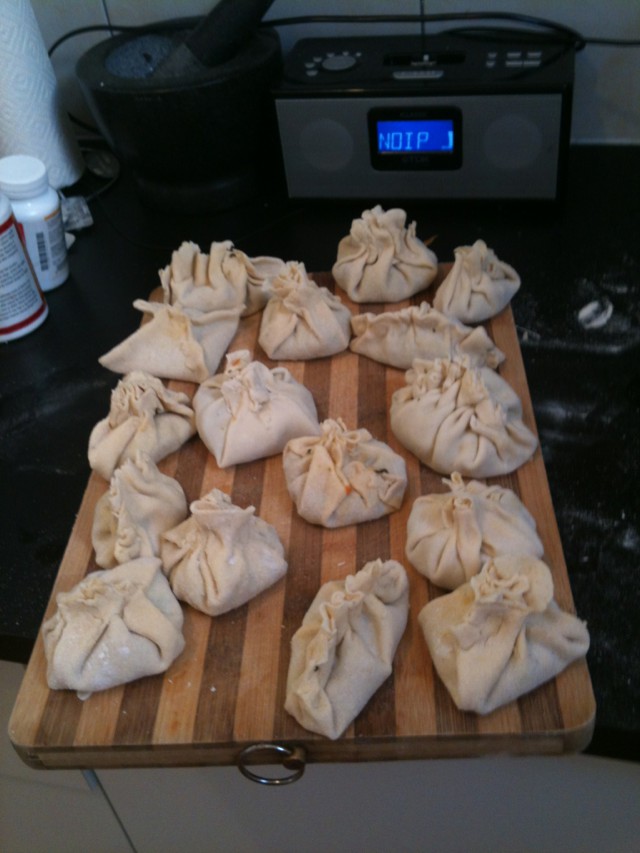 Then I froze some for later and steamed a few for my lunch, these were biggish and I steamed for 20 mins. 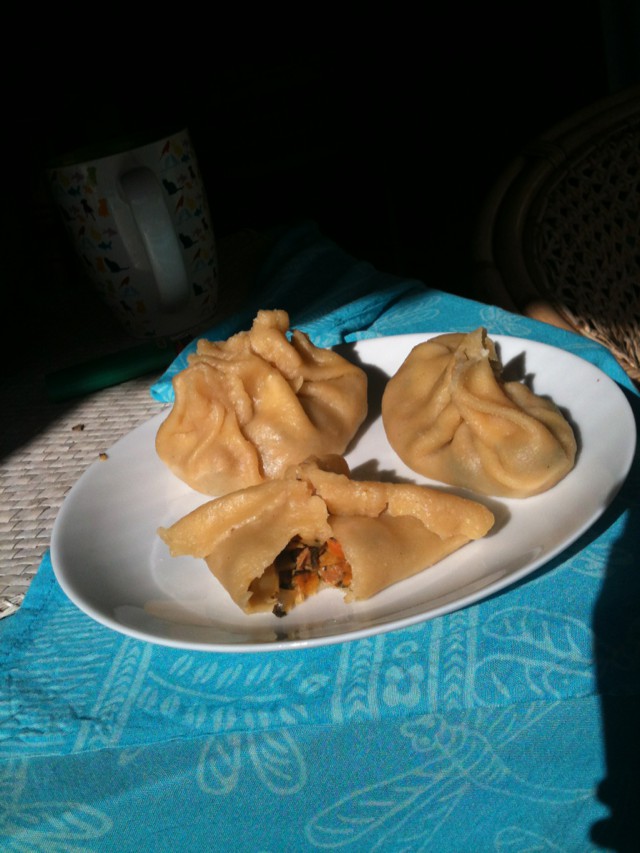 I think the ginger and other spices need to be added to taste, I could have gone a bit more ginger! Coriander would also of gone well.

Posted via LiveJournal app for iPhone.